The legacy of the very difficult 2019-20 cropping year means that many growers are looking at ways to get farm rotations back on track. ...

While also continuing to bring costs down, without any detriment to overall profitability.

For example, many growers will be looking at the viability of keeping oilseed rape in the rotation, if and how cover crops can play a role in improving soil conditions, how cultivations will impact establishment and the associated costs of these actions within the whole farm gross margin, points out Nick Strelczuk, precision technology specialist for Hutchinsons covering the South East.

“After a very challenging season, relentless benchmarking and budgeting are vital for any arable grower to be in a position to identify opportunities to improve an individual farm’s financial position, efficiency and profitability.

“Unless you measure it, you can’t manage it. There’s little we can do about the big economic factors, so the focus needs to be on those things farmers do have control of or can influence.” 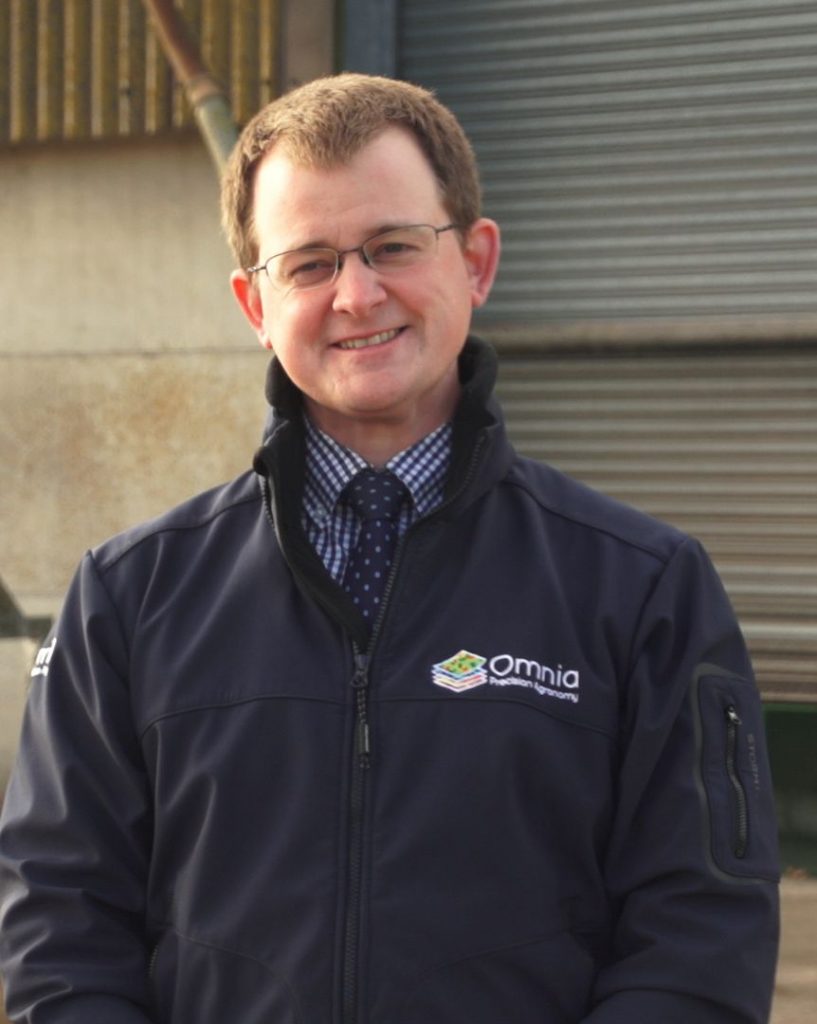 He believes that having comparable, quality data is key to making these decisions and, as a result, beginning to take specific actions that are crucial to long-term success.

“It’s important to know what each area of the field actually produces, and if these results are the same year in, year out. Omnia allows users to analyse multiple layers of field data – including yield maps – to pin down under-performing areas.

“In this way, decisions can be made based on this sub-field information; it could be that a higher yielding area of the field has shown up to be potentially inconsistent, so it may not be worth pushing this area, whereas if another area delivers an average yield and is potentially consistent, it could be worth investing in this.”

Combining this yield map analysis with what it actually costs to produce, is an excellent way to start assessing overall productivity at field level, he explained.

“The importance of properly calculating the cost of crop production might seem obvious, but the variation in output across a field and the increasing use of variable input applications mean that some elements of cost of production may be misleading when done on a field scale.”

“There can be significant variations in actual production costs within fields when examined on a tonnage basis, and we need to understand why areas are costing more than the cost of production – and make a plan as to how this needs to be managed going forward.” 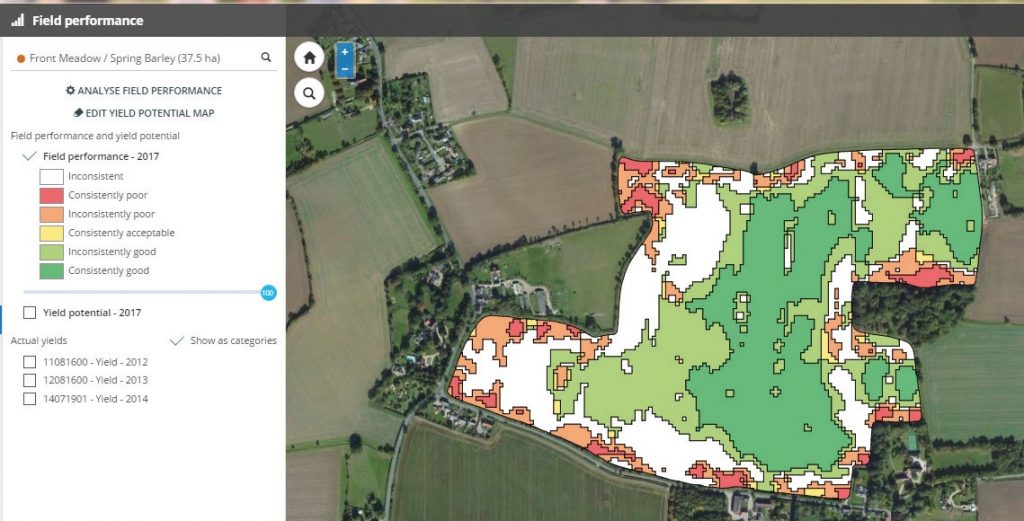 Omnia at the Helix East Farm

Host farmer of the Helix East Farm in Suffolk, Tom Jewers, has just started to use the yield performance and cost of production mapping tools in Omnia to look at how different areas of his farm have performed and what it has cost to produce that yield.

“The cost of production mapping tool includes all of the possible costs involved with growing a crop, so it’s helpful to work through this and then you know the figures you have are as accurate as possible. It’s detailed enough to contain costs such as lime spreading and mole draining, and also costs such as loading the grain – which I had forgotten to include in my initial costings,” he pointed out.

“Fundamentally it’s a measured way of doing what we would normally do.

“It’s definitely a tool that will become increasingly valuable as increasing years of data goes into it, particularly with regards to the yield performance.

“This year has been an eye opener. It has really showed up some clear differences in terms of the effect of soil type and more so the organic matter levels in the soil, on yields, following on from the very wet and then very dry winter and spring.

“As you would expect, crops in heavier soils, rich in organic matter, have done better than those on the lighter soils with less organic matter, that struggled during the drought,” said Tom.

“But by putting the figures into the tool its possible to see the actual differences in what it has cost to grow crops between these soil types within sub-zones of fields.

“Where headlands have not performed as well, I can very easily calculate what effect running a cultivator through will have on my costs of production, and then I can decide if it’s worth doing or not.”

Tom plans to use the tool to decide how he will enter ELM (Environmental Land Management) as it will allow him to look at several rotational options and play around with potential areas to put into the scheme. “In this way we know we are making the most financially astute decisions for the farm business.

“Once you know the exact costs of producing the crop, it also helps to know when to sell it,” he added.

“Where headlands have not performed as well, I can very easily calculate what effect running a cultivator through will have on my costs of production, and then I can decide if it’s worth doing or not. Once you know the exact costs of producing the crop, it also helps to know when to sell it."”