After 10 years of experimenting, cover crops have become an essential part of the farming operation for one Suffolk grower ...

The benefits of cover crops to soil health and farming systems are widely recognised, but getting the best results on individual farms often still involves some trial and error.

It is one reason agronomy firm Hutchinsons continues researching ways to optimise cover crop use at its regional trial sites around the country, and at its new Helix Technology Farms; gaining vital knowledge to pass onto farmers.

Integrated crop management (ICM) is central to the Helix project, so the 385ha farm provided the perfect fit, given its focus on soil health and sustainable crop rotations, which includes extensive use of cover, catch, and companion crops in a direct drilling system. 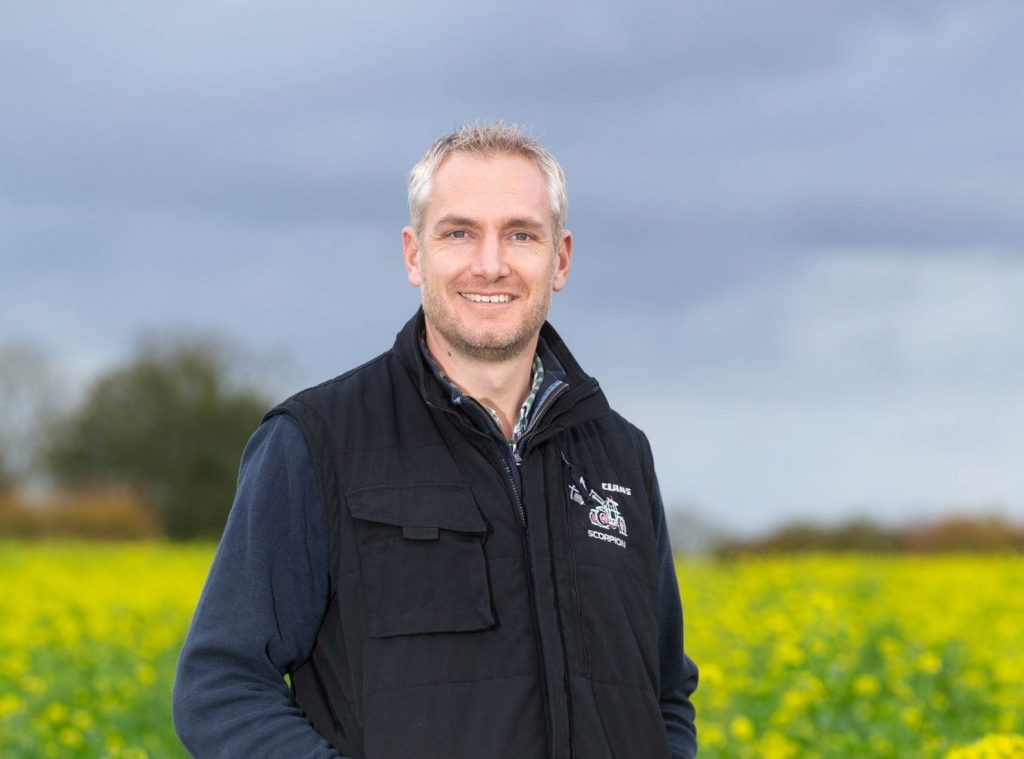 Most of the farm is medium-bodied Hanslope series clay loam, which behaves more like heavy land, so cover crops are key to improving soil health and resilience, says farmer Tom Jewers. They have also provide invaluable for facilitating autumn and spring drilling, especially in wet seasons.

“Green cover seems to be paramount in direct drilling systems. We’ve seen before where stubbles are open with more bare soil, such as after beans, the soil surface can get very wet, making the soil stick to drill components and ultimately block,” explains Mr Jewers.

“Having more roots in the ground conditions the soil and helps to achieve a better tilth. Growing, cover crops are also putting carbon into the soil and hopefully mopping up some nitrogen.”

Further benefits include reducing erosion and improving organic matter, he adds. “Previously, we tried increasing organic matter through adding extra, but we don’t have livestock so there isn’t a ready supply of manure. We’ve tried compost, but found it was sometimes not well composted and contained a lot of plastic. Spreading can also create wheelings, which goes against what we’re trying to achieve.

Mr Jewers says cover cropping is a very personal choice that depends on what works for individual farms, soil types and end goals.

“We’ve spent 10 years trying different things, from spinning mustard on before ploughing for sugar beet, to the current situation where we cover crop everything before spring crops and use catch crops before some autumn-sown crops.”

Spring cropping accounts for around one-fifth of the long (6-8 years) and varied rotation at Wood Hall Farm, with cover crops used to protect and enhance soil over winter.

Several approaches to establishment have been tried, including using the farm’s Weaving GD direct drill. However, this proved relatively slow and the ‘hairpin’ effect of discs pushing into crop residues can make it harder to achieve good seed-to-soil contact.

“It works okay for larger seed sown a bit deeper, allowing the discs to cut through the straw, but small seed has to go in shallow, so can end up sitting amongst straw rather than soil,” he comments.

His favoured approach is to broadcast seed with an ATV-mounted Stocks pelleter and follow this with a straw rake and roll, or shallow cultivation with a Cultipress and roll to maximise soil contact.

“The Cultipress works well, but this year the straw rake and rolling actually gave better establishment, which may be because we didn’t lose any moisture by not moving the soil. A 7.5m rake at 24kph also makes it a very quick process.” 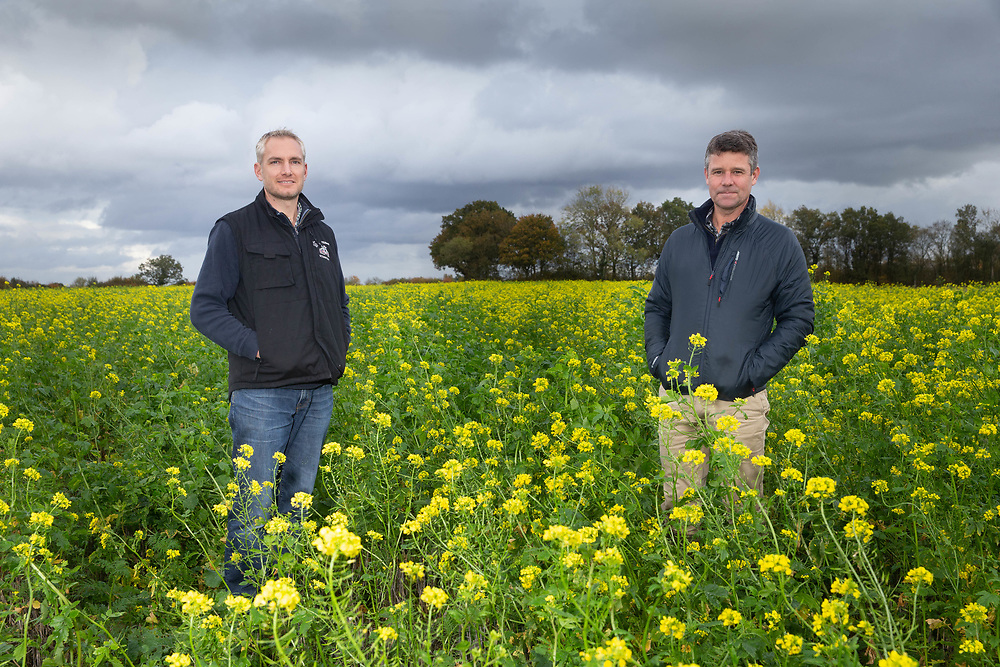 Mr Jewers prefers to use several different species in his cover crop mix, built around four core ingredients of oil radish (for its strong rooting that opens soil structure), vetch (nitrogen fixation), buckwheat (mobilises soil phosphorus) and phacelia (fibrous rooting). Additions this season include berseem clover as another nitrogen-fixer and mustard for its rapid growth.

“We may also ‘bulk up’ the mix with linseed and oilseed rape as we want a lot of plants and roots per square metre, so are typically sowing 300 seeds/m2.”

Using a varied mix spreads the risk associated with establishment conditions not suiting a particular species and brings a range of benefits and root structures.

Mr Jewers says cover must be terminated early enough to allow green materials to die back and let the surface dry before drilling. “We’ve found that spraying off in December, or January at the latest, is about right but, knowing what our drill is capable of, I may try leaving some green cover for longer to see if there’s any benefit.”

A simpler approach is taken to short-duration catch crops grown between harvest and drilling winter wheat. These tend to be based on volunteer oilseed rape, or home saved rape of linseed established in the same way as cover crops.

Cover is usually sprayed off with glyphosate just before drilling, thereby leaving more green material to drill through than after over-winter cover crops. “In the wet conditions last year, and at times this autumn, we’ve found the drill could only travel where there was green cover, otherwise the soil was too wet.”

When neonicotinoid seed dressings were banned, he admits to having concerns that green catch crops could provide a “green bridge” for increasing aphid risk in following cereals, but believes this can be mitigated by drilling later and by having more beneficial insects.

“Slugs have been a problem, but always have been on this land,” he notes. These are tackled with integrated controls, including the stubble rake, pelleting and encouraging natural predators, such as carabid beetles.

Companion cropping a mix of vetch and buckwheat with oilseed rape is something else Mr Jewers has been trying for four years as a way of reducing the risks from cabbage stem flea beetle.

The companion crop is sown at the same time as oilseed rape using a separate seed hopper on the drill. As it emerges with the crop, it theoretically disguises it by masking the volatiles oilseed rape produces, therefore reducing CSFB infestations. It can also attract beneficial insects. 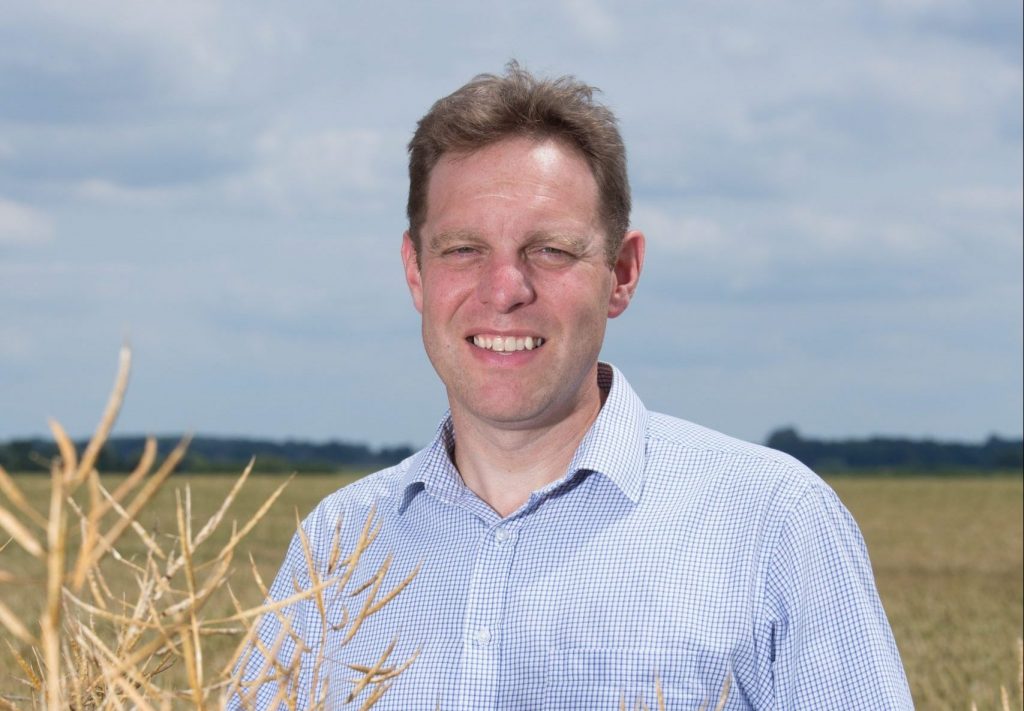 Results to date have been somewhat mixed though, and more research is needed. This season, Helix East co-ordinator Rob Jewers has therefore established a split field trail comparing the farm’s standard companion crop against a buckwheat and berseem clover companion crop and an untreated control of oilseed rape alone.

“It’s been a relatively low pressure year for CSFB, so currently all three plots look pretty good,” says Rob Jewers. “But we’ll monitor them through the season and also look to see if there’s any benefit from the buckwheat making more phosphorus available in the soil.”

Other Helix research is looking in more detail at over-winter cover crop mixes, comparing the farm standard against the new Hutchinsons mixes, MaxiRooter and MaxiN, again taking a whole-farm approach by splitting a 6ha field into the three treatments.

The first biomass assessments done using satellite imagery in late September to confirm notably higher biomass in the farm standard and MaxiRooter mixes – however, this may be partly due to the clover in the MaxiN mix being slower to establish, he notes.

Plots will be monitored and assessed throughout the season to evaluate the long-term impact on biomass growth, soil health, fertility (particularly soil mineral nitrogen) and also any effects on the establishment, growth, nutrition and final yield/quality of the following spring barley crop. This will include crop tissue analysis, and an innovative new method of soil analysis to measure crop available nutrients. 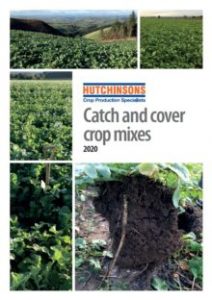 Download the leaflet for more information on Hutchinsons Catch and Cover Crop Mixes.